After a year of planning, fundraising, and approvals, Phase 1 of the Conservancy’s first major landscape initiative, Flagpole Hill, is being installed during the week of October 8, 2018 along Dunnell Rd across from the train station. Phase 1 will be completed in October and a ribbon-cutting tentatively scheduled for November. The project is being done in partnership with the Township of Maplewood and is funded by a grant from the Maplewood Open Space Trust Fund.

This beautiful plan, which is based upon the original 1923 Olmsted Brothers planting design for this area, has been carefully researched, crafted and modified for twenty-first century needs by Rutgers graduate landscape architect intern Jennifer C. Ryan in consultation with the Conservancy. New shrubs, trees, and ground covers, many from the original specifications, are intended to enhance and restore some of the picturesque features of the park’s original design. Plantings will add seasonal interest and color, provide protection for existing trees, and replace invasive plants with species that sustain wildlife and are suited for today’s climate.

The first phase to be completed, a planting bed at the pathway across from the train station, will define the entrance to the park from the train station, and will incorporate amenities such as seating and more bike racks. This area will serve as a pilot so that plantings can be evaluated in terms of suitability for soil, drainage, climate, and interaction with park goers. A drip irrigation system is being installed and can be expanded to provide water for future plantings. 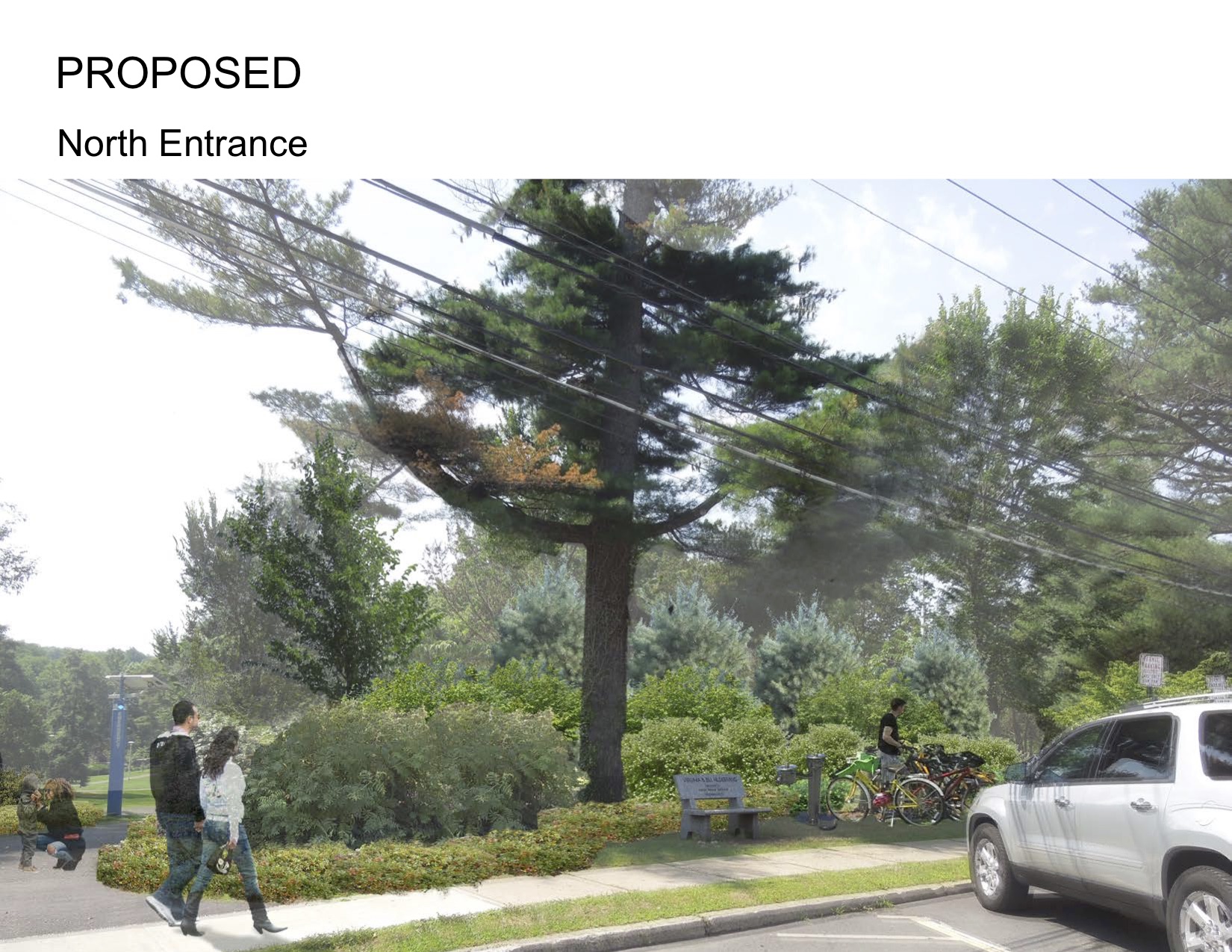 Future phases of the project include re-landscaping and rejuvenating of existing beds along the pathways and the Flagpole Hill monuments, connecting them visually and providing some screening of parked cars to improve the park goer’s experience (Phases 2 & 4), and a re-landscaping and definition of the park entrance across from the train tunnel to the south (South Entrance, Phase 3). 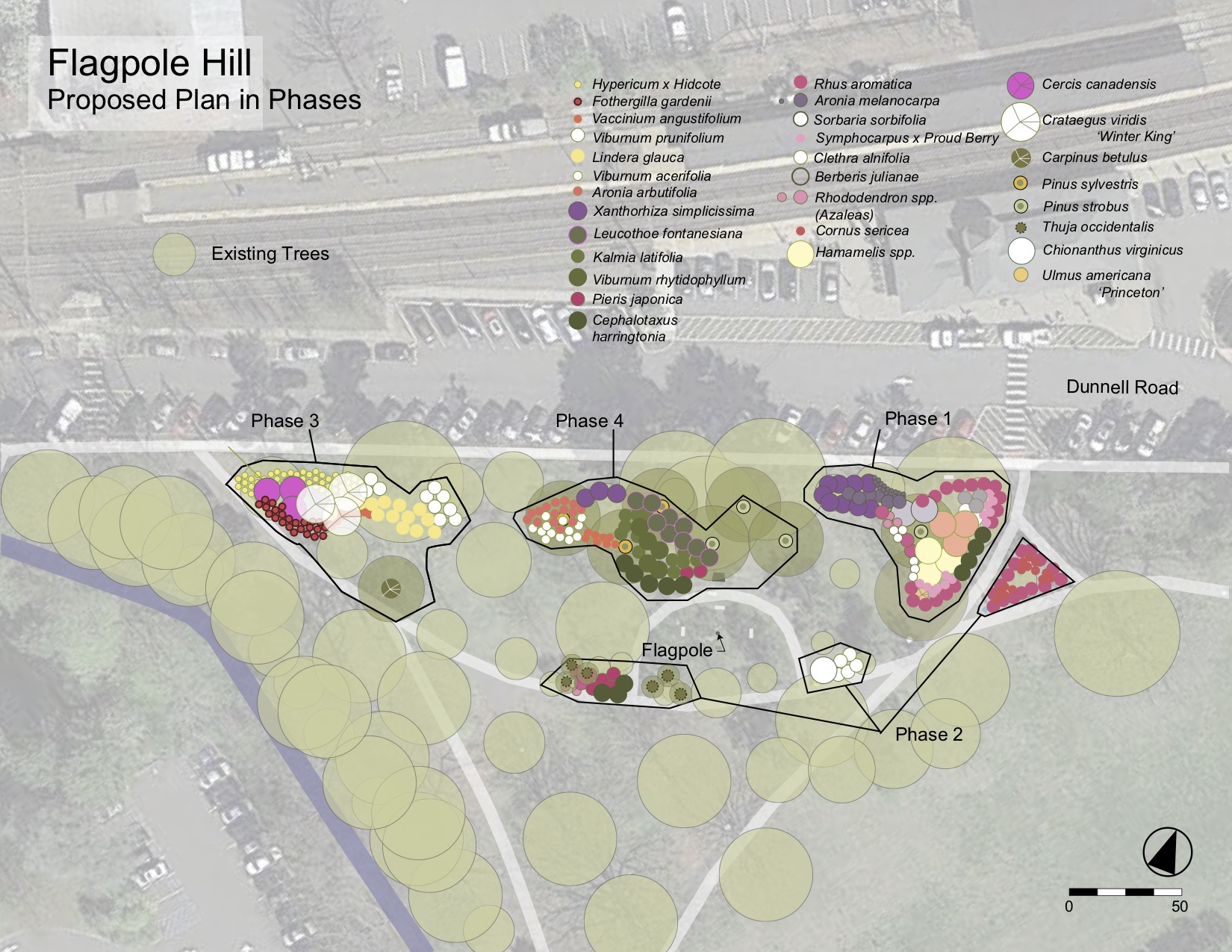 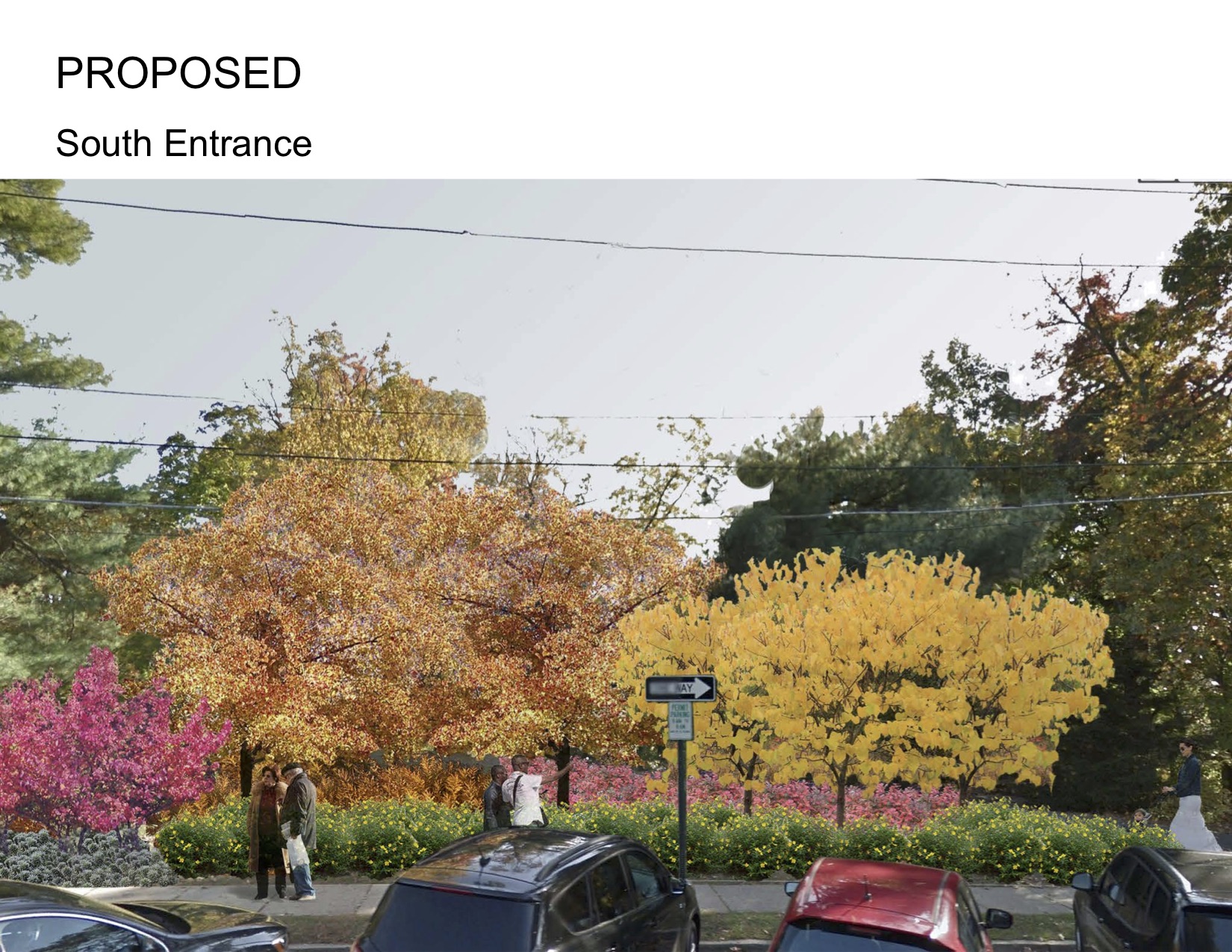 The Olmsted Brothers original plan and plans by subsequent landscape designers Brinley & Holbrook had envisioned a thickly planted border along Dunnell Rd. There is historical evidence that a border was planted though it is not clear how closely the original plan was followed. 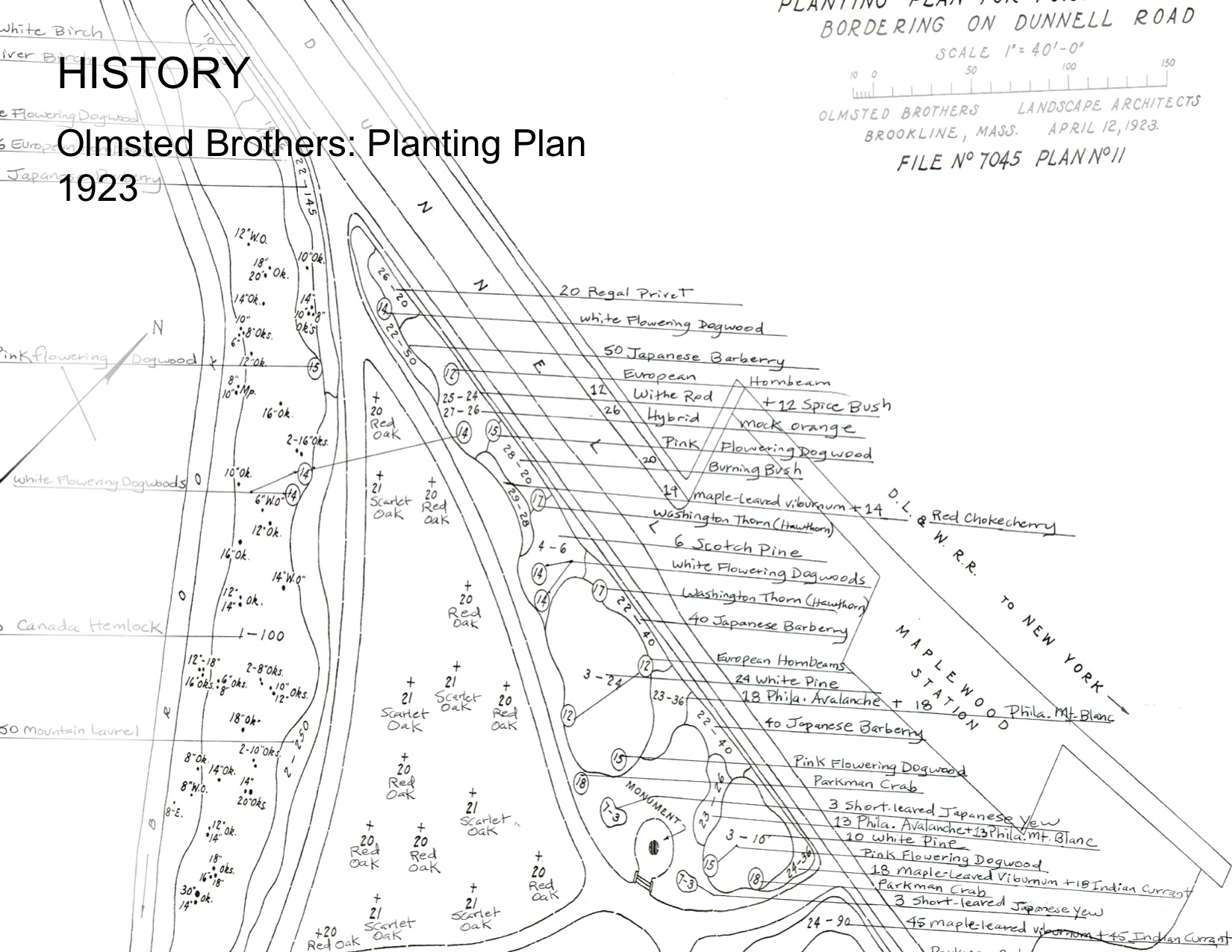 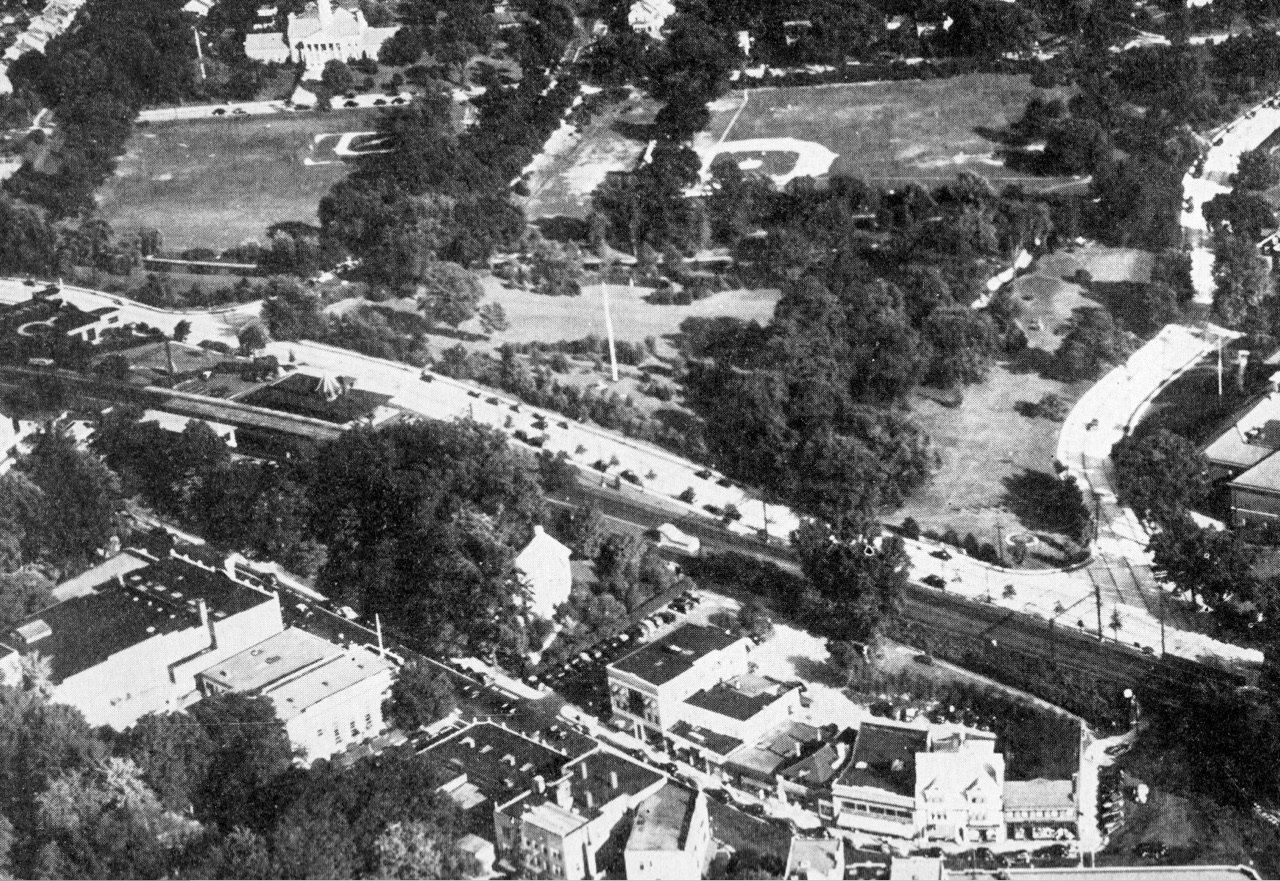 In re-envisioning this original plan, several goals were set out:

We are looking forward to seeing this plan unfold, and will provide updates along the way. Look for an announcement of a November ribbon-cutting for Phase 1!